Sathangai is also an active social communication center that promotes Gospel values through social communication and mass media. It is run by the Archdiocese of Madurai. It was first established in 1981 as a small center in Madurai Town Hall Rosary Church campus consisting of two small units – performance and training – at the auspices of World Tamil Conference. Then it was shifted to Nobili Pastoral Centre campus, Archbishop’s House, K. Pudur as a full-time communication centre till the year 1988. Having realized its importance and its tremendous growth the need of spacious campus was felt. So the building for the center was erected in 1988 at Koodal Nagar, just opposite to All India Radio Station (Transmission), Madurai.

Now Sathangai Academy (Communication Center) is functioning in Koodal Nagar from January 1988. It has the complete infrastructure for academic activities, training and cultural programmes. It also provides residential facility (hostel) for students. Sathangai has its own 8 track – Audio – Video Recording Theater, which is known for its uniqueness. Sathangai, is also the commission for social communication and development in the Archdiocese of Madurai, its area extends to the whole of Madurai, Theni and Virudhunagar Districts and a part of Dindigul District. Rev. Fr. Vima Amalan is the founder and first Director of Sathangai Communication Center.

The activities of Sathangai Communication 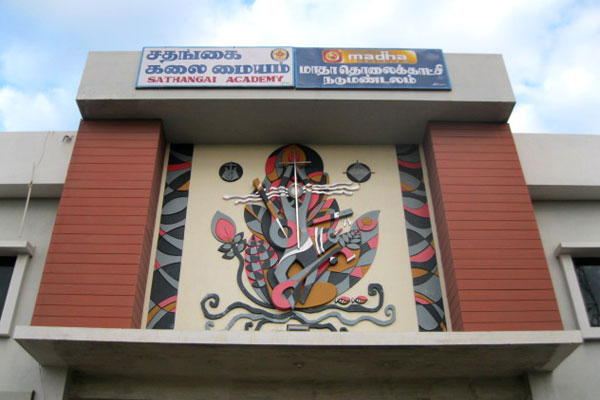 You can avail this service